What we cherish, we defend: Why social democratic values and outdoor play matter

What we cherish, we defend

This is a blogpost, written mainly for my home of New Zealand, in which I begin an argument that we need to rethink (and renew) our social contract (or agreement between citizens) about how we govern ourselves, and what duties and mutual obligations we owe each other and especially children.

I realised after I wrote it I've been also thinking for some time about Rousseau's social contract and his reflections on walking- as well as Horton and Friere's ideas about education in their book, "We make the road by walking" .

So this writing is a 'meandering walk' through a range of ideas, and ways of seeing the world as I start to draft a piece on the social contract and how we come to value democracy beyond civics

This morning, before I sat down to work,  I walked the dog. In a thirty minute walk along a farm road, the dog and I climbed a hill, walked though bush, crossed the creek and came to the top of the valley where the bird song hung thick and rich in the still morning. On the way we'd passed a small eel rearing its head up from the local creek, a geranium growing wild and tiny flitting piwakawaka fantails (see the hasty mobile phone images above), passed a gaggle of small black ducklings and startled a flock chaffinches. 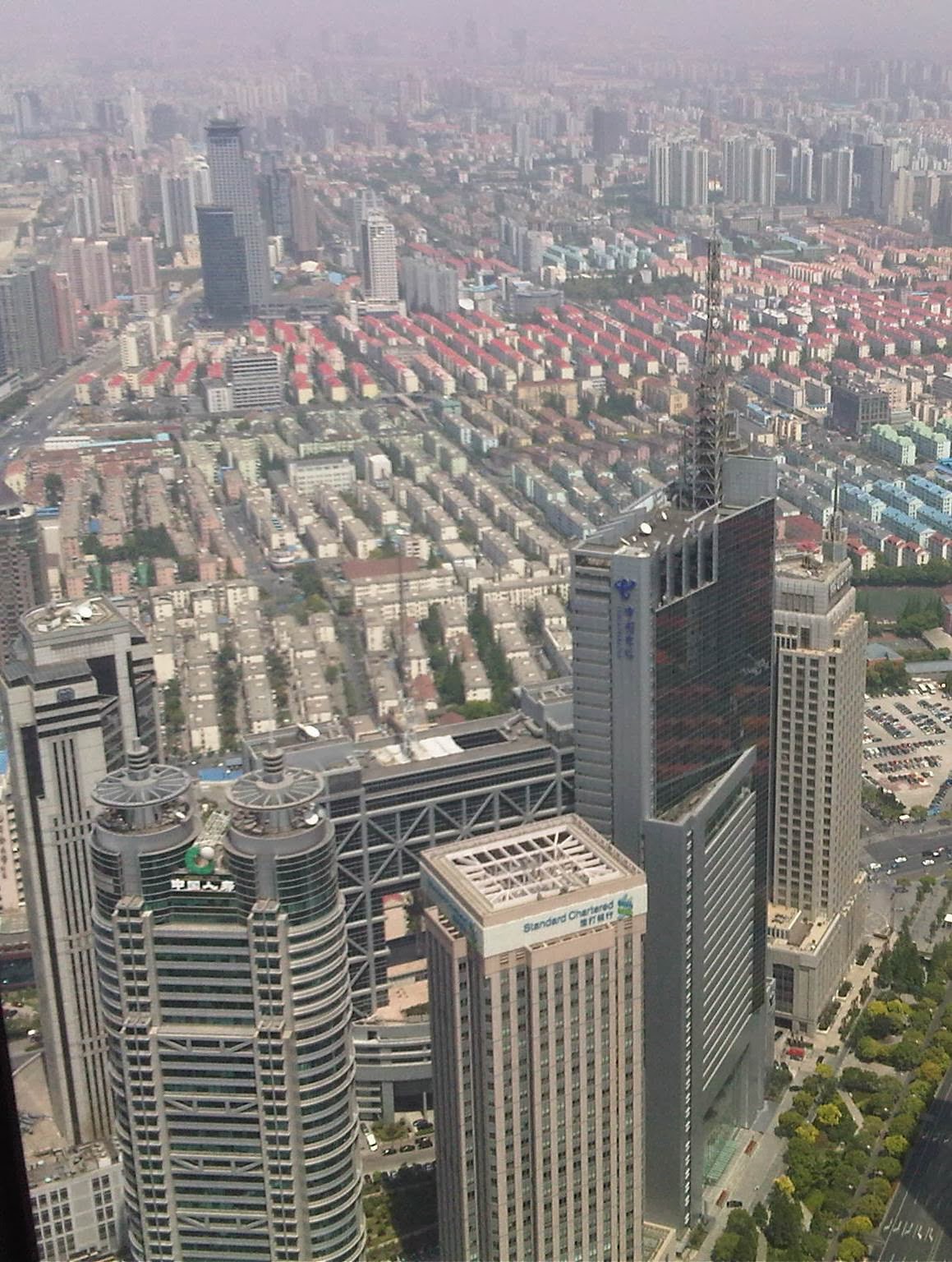 Looking across the stillness of the valley, I reflected on a comment a friend made recently about his own childhood, "It is a bit odd living in New Zealand now, after growing up on the 11th floor of an apartment where nature can be a tiny bug that happens to somehow find it's way onto the plants on your window sill. But I also don't think kiwis realise how much green space there was around my 'mega-city' home".


Similarly graduate students from central Singapore and a very deprived urban neighbourhood in Southern USA both recently explained to me how they had to learn to value the environment later in their lives but only once they'd moved away from home. They both made similar observations, "Until I'd lived in a place with lots of nature I didn't really get it, I never thought a lot about it". "Until I moved to somewhere where I saw  hills and trees, not just trailer parks, nature just wasn't a part of my life, it was just something on TV, it wasn't anything I thought about really".

Much has been written about why the everyday experience of regular, unstructured outdoor play in quality natural environments is so important for children's well-being, independence, mental health, and physical development. We don't have to fan yet more moral panic about the state of childhood to appreciate that it is very hard for children to value let alone defend the environment if the outdoors is not part of everyday life experience. In 1965, in her book "A sense of wonder", ecologist Rachel Carson argued passionately that we need to nurture a child's sense of wonder about their natural world.

When I was writing Children, Citizenship and Environment I was also struck however by the way we also need to nurture a child's sense of wonder about their democratic world, and the extraordinary possibilities of ordinary people acting together to effect change. 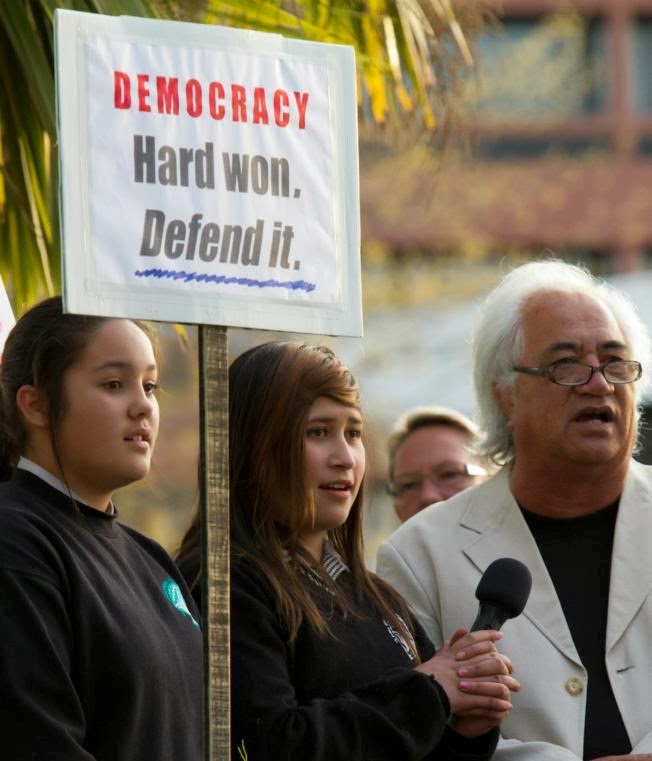 It is equally very hard for children to value collective action let alone democracy if acting together and making decisions with others you may disagree with, has not been a regular part of your life.

In a soon to be completed, masters thesis by Elizabeth Plew, Plew, a New Zealander, reports on  interviews with young people, parents and teachers at one Norwegian middle school. Her work complements a wider study with our colleagues at the University of Oslo, Norway: Voices of the Future project.  One of Plew's interview subjects reflected on how she has grown up valuing public discussion and community participation as part of everyday Norwegian life,

"...in a corner of soul, there is a kind of feeling that "everyone matters". I think it's part of the Norwegian way, we've built our welfare and school system on it" (Plew, 2014).

Understanding how New Zealand children learn to value their community and their democracy was one of the aims of my Children, Citizenship and Environment study. The interviews and comments of New Zealand children were striking, while many reported they thought good citizenship was a matter of "individuals" taking responsibility for their "own lives" or spoke of "self help" or charity and corporate sponsors (not unexpected results after three decades of dominant neoliberal values in New Zealand), many also reported valuing richer, collaborative forms of citizenship.

Many New Zealand children we interviewed for that study,  reported learning to value collective life and cooperation through unexpected everyday activities where citizenship was not the main focus of their learning , but a valuable outcome. For example many children reporting valuing opportunities to cooperate and take part in shared decision making through school camps, or in team sport activties, others valued helping out with local whanau or tribal events or the opportunity to observe adults they respected take part in hui or other community meetings. Others reported that they had were part of community protests (eg to retain a local outdoor community swimming pool), or worked with families and teachers to help build a community garden or solve a local problem.

Children who most strongly identified with democratic virtues such as collective problem solving and inclusive, respectful discussion across deep differences were children who had many opportunities to learn from more efficacious  peers or older community members, and chances to take part in real life community problem solving and experience discussion in diverse classroom communities where they felt listened to, respected and safe.

Learning to cherish our democratic communities
After a public lecture I gave two years ago, a New Zealand woman who grew up in Sweden asked a question of others in the room, she said: "When I was a child, we grew up having a nutritious, hot lunch everyday at school, we all sat together  to eat it, it was a community feeling, and when I think about it now I think I grew up feeling loyal to a state that fed me -I think it was quite an important part of how I learned to feel proud to be Swedish actually - so I often wonder why do so many people in New Zealand seem so resistant to the idea of feeding children at school, children are part of our community, we want them to know we all care for for them, they are New Zealanders?"

I have thought often about her comments as New Zealand debates the idea of providing children with breakfast and perhaps lunch. Last year NZ's conservative National coalition government fairly reluctantly announced a charity sponsorship deal, that would provide cereal and  milk for children in all low income community schools. It seemed to me at the time a disturbingly conflicted gesture. While no one will deny a generous act of philanthropy, do we really want to leave responsbility for citizen wellbeing to corporate charity? Would 2 wheetbix and a splash of milk really solve the nutrition and poverty related problems facing one in four children in New Zealand?

Privately some conservative politicians from several parties have since remarked to me that some of their own families or friends continue to feel uncomfortable about a seeming reluctance to invest more in children. While there are vocal advocates for personal responsibility, there is an equally significant legacy in New Zealand of compassionate conservatism.
It would be concerning if our small democracy became deeply polarised about the social contract or the support we owe children as young citizens. Adam Smith, the founder of modern economics, talks in his lesser known, (but magnificent book) 'Theory of Moral Sentiments"  of the importance of our ability to empathize with others.That book offers, in effect, a vision of the role of government as a 'helping hand" for citizens which compliments the more (in)famous 'hidden hand" of the market he discussed in the "Wealth of Nations" .

In a recent lecture to the LSE, Nobel Prize Winning economist Amartya Sen, concludes, that it is not our inability to empathize with the plight of others that leads us to continue to tolerate poverty , but a "cultivated" disinterest. He spoke harshly about the cynicism of media reporting, and the way campaigns can use language that distances us from each other. We should and we must resist language which degrades those who do not share our life experiences and we need to understand the lives of others.

Last week a UK conservative Minister for Employment was reported to have described much of the political language used to talk about poverty in the UK right now as "appalling". Language which dehumanises others, such as the "feral poor" shuts down the need for public moral reflection about our responsibilities to other citizens, and it chips away at our humanity making it permissible for otherwise good people, to dismiss poverty and inequality as just "band wagon issues", even at time when privately many of those same people admit they worry about life chances of people they know personally, or speak with pride about their own parents efforts to raise children and lead good lives, despite personal hardship.

When the current NZ Minister of Education, Hekia Parata recently said she grew up in a rural community that would have been regarded as poor, but it never felt poor, some critics may have derided the comments. However, while I disagree strongly with her Government's new education mechanism of private financial profit investment via charter schools,  I appreciate what the Minister is saying here. Our own research supports the current NZ Minister of Education's personal comments about the strength children can draw from supportive local communities.

It was in interviews with a decile one (poorest) rural kura, (Maori language school) and mid decile bilingual, culturally diverse state schools where children we spoke with were the most confident about community efficacy, or the possibility to collaborate to effect change. Children in the rural kura also also spoke warmly of the support of adults in the local marae or community trust who "make lot's of opportunities possible for us, like sports equipment and a great trip to Wellington to visit parliament and Te Papa (the national museum").

Children flourish when they feel  supported by a community and in turn they come to cherish that community.

Policies to ensure young citizens are well supported should not and can not become the preserve of progressives alone, legacy politics is also the preserve of compassionate conservatives, as former Prime Minister Jim Bolger, argues,  investment in children and young people is critical for a "decent" New Zealand society.

The security and future of New Zealand children can't be left to party strategists. Citizens need all political parties to renew our social contract for New Zealand's youngest citizens, so all can flourish.


Disclaimer: The website address Growing Greens does not refer not to any political party  but to the  mooted title for a book which later became Children Citizenship and environment. The book explores how citizens of  all political persuasions learn to value  their environment and their  democracy. The first title was (wisely) rejected by the editors, but the blogsite title has stayed- for wider research readings view our  Children's Research Group site as it develops (and hopefully I can get macrons working on this blog site for te reo/Maori language!)

Posted by Assc Prof Bronwyn Hayward at 20:06 No comments: